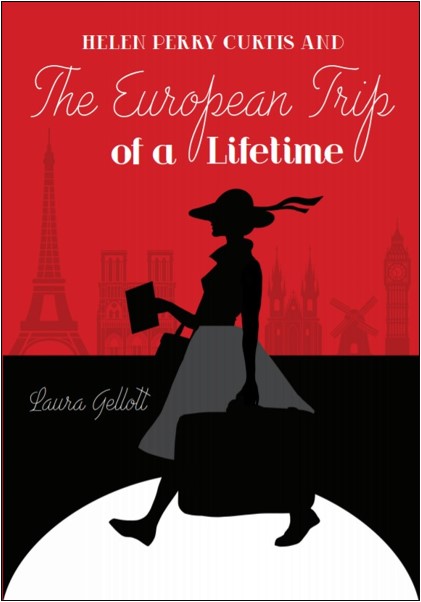 Historian and writer Laura Gellott will speak about her book, Helen Perry Curtis and the European Trip of a Lifetime, tracing Curtis’s life from a Nebraska childhood to Summit, New Jersey and across the European continent in the early decades of the 20th Century. Curtis participated in the reform movements of the era, including women’s suffrage and the settlement house (specifically Neighborhood House, which served the immigrant labor force of Summit's silk mills). Curtis was a curator at the Newark Museum, director of the State Museum of New Jersey, and a prolific freelance writer for women’s magazines. With her husband, John Morrison Curtis, she ran an interior decorating business in Summit, work she continued until nearly the end of her long life.

Gellott also tells the story behind Curtis’s book, Jean & Company, Unlimited, wherein Curtis fictionalized her European travels with her daughters in the 1930s. Gellott first read Jean & Company as a young girl, and it inspired her career as a professor of European history. Six years ago, a fortunate connection with Curtis’s granddaughters, Martha and Pat Wells of Chatham Township and Summit native Susie Whitesell Fauteux, resulted in Helen Perry Curtis and the European Trip of a Lifetime.

Helen Perry Curtis and the European Trip of a Lifetime is available at Town Book Store, 270 E. Broad Street, Westfield. Copies will also be available for purchase the night of the talk.
This program is co-sponsored by the Summit Free Public Library, the Summit Historical Society, and the Central Presbyterian.